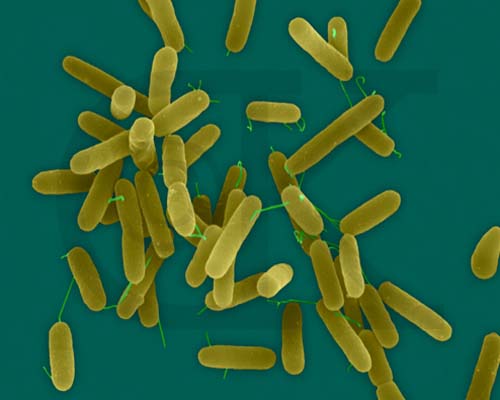 Pseudomonas aeruginosa is a versatile pathogen associated with a broad spectrum of infections in humans. Infection control is difficult because P. aeruginosa is inherently resistant to many antibiotics. In addition, treatment is being increasingly compromised due to the emergence and spread of this resistance. Thus, we have a few agents as therapeutic options (Vallet-Gely & Boccard, 2013). In this context, it is essential to identify strategies that may prevent the spread of these bacteria in hospitalized patients. Additional studies are needed to discover new therapeutic targets against this highly antibiotic-resistant pathogen, with the occurrence of strains resistant to all treatment options.

The development of antimicrobial resistance among gram-negative bacteria such as P. aeruginosa has been progressive and unstoppable (Silveira et al., 2014). However, P. aeruginosa is a pathogen of particular concern. In recent years, P. aeruginosa served as a paradigm for studying gene expression, metabolism, and pathogenesis (Kerr & Snelling, 2009). The large genome (> 6.3 million bp) and an abundance of regulators facilitate its adaptation to a wide variety of environments. During its evolution, competition with other prokaryotes and the acquisition of defense mechanisms have allowed the maintenance of antibiotic resistance markers, degradation enzymes, and secretion systems that impact human infection (Kerr & Snelling, 2009). The accumulation of these resistance determinants drastically limits the therapeutic choices available for the treatment of P. aeruginosa infections (Silveira et al., 2014).

One primary objective of this research group is to create integrated computational models of the multidrug-resistant Pseudomonas aeruginosa, whose data are provided by LAPIH / IOC / FIOCRUZ (Silveira et al., 2014), to predict complex phenomena in terms of individual molecules and their interactions. In addition, some related specific objectives are:

1. Describe the life cycle of a single cell from the level of individual molecules and their interactions;
2. Accurately predict a wide range of observable cellular behaviors, including those related to multidrug resistance and susceptibility to new drugs.